Catan: World Explorers is Niantic's fourth and likely far from final AR title. It's based on the hugely popular Catan board game, which tasks you with collecting resources to build towns, cities, and roads in an effort to accumulate the greatest number of victory points.

Niantic is of course the creator of Ingress, Pokemon GO, and Harry Potter: Wizards Unite. World Explorers appears to rely on the same location-based template as its predecessors, though its focus is placed on harvesting, trading, and building as opposed to battles.

While you're exploring the virtual recreation of your real-life surroundings, you'll stumble upon resources such as brick, lumber, grain, ore, and wool. Some resources will be abundant in your area, while others will be far rarer. 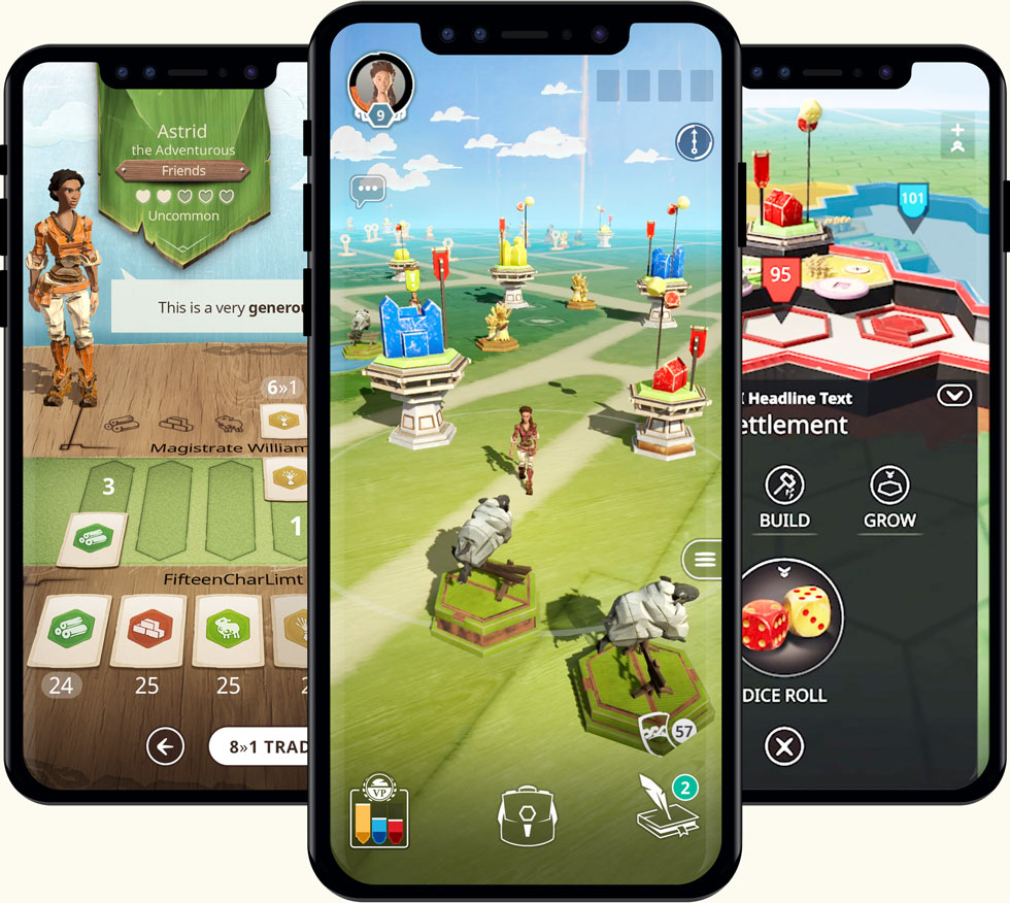 This means that you'll often have to trade with NPCs to get what you want. As in the board game, you'll also have a selection of development cards at your disposal with which to boost your progress and turn your basic towns into full-on cities.

Every road and expansion will cost you precious resources, so it's perhaps wise to team up with other players to get the job done and compete as a sort of guild at both local and global levels. If you'd rather just play with friends, the option is there to create custom personal matches. Some of the rewards earned during a given season will carry over to future events.

Catan: World Explorers is now open for pre-registration over on its official site. PocketGamer.biz points out that this is just one of 10 games Niantic has in development, which include prototypes for AR wearables. All of these upcoming releases are said to focus on "social interaction, being outdoors, and movement."

Hunting for some high-quality multiplayer games? Well, here are 25 of the very best for iPhone & iPad
SEE COMMENTS